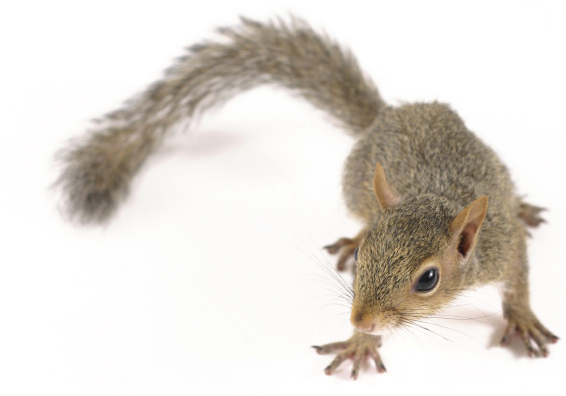 Introduced to this country sometime in the 19th century the grey squirrel has since spread throughout most of mainland England and Wales. It is usually a resident woodlands but is also commonly seen in urban parks and gardens.
They frequently enter roof spaces and once inside they chew woodwork, strip insulation from electrical wiring and water pipes.

REMEDY: Blocking gaps and entry holes with wire mesh. Traps are available, as are poisons based on Warfarin which should only be used by professional technicians. The release of grey squirrels caught in cage traps is illegal.